Headway and Epilepsy Ireland expands #iseebeyond campaign to the workplace

Headway and Epilepsy Ireland expands #iseebeyond campaign to the workplace

22nd March 2017: Headway, Brain Injury Services and Support and Epilepsy Ireland have today issued a call for those in the workplace living with a hidden disability to nominate their company in the ‘National Hidden Disability Awards 2017’.

A national survey* conducted by Amárach shows that 7 in 10 people would not feel comfortable telling their employer they had a hidden disability and 9 in 10 employees in Ireland show that workplaces lack awareness of hidden disabilities.

“A hidden disability can be easily overlooked. Everyday people living with an acquired brain injury face judgement because people can’t see what is going on for them. We want to create a society in which people living with a brain injury feel more understood, included and supported in the workplace. We want to dispel the myth that persons with hidden disabilities like an acquired brain injury or epilepsy are unable or no longer able to contribute in the work place and of course celebrate the companies that have made a positive impact with their employees” – Kieran Loughran, CEO of Headway.

“Epilepsy Ireland’s vision is to achieve a society where no person’s life is limited by the condition. This campaign wants to honour and recognise companies that have played a huge part in believing in their employees” – Peter Murphy, CEO of Epilepsy Ireland.

Well-known radio presenter Rick O’Shea has worked with Epilepsy Ireland for over ten years and was diagnosed with epilepsy at age 16, also commented:

“I am thrilled to be here today to show my support for the #iseebeyond campaign.

Living with any disability can be difficult, but when the disability is not visible unfortunately stigma can be attached.

As a society, we need to stop and think for a minute before assuming anyone’s circumstance. Headway and Epilepsy Ireland are doing a fantastic job of highlighting hidden disabilities and today are encouraging employees to nominate their company in the ‘National Hidden Disability Awards 2017’.

I would urge people to start talking about this important topic. And always remember never judge a book by its cover”.

If your employer is hidden disability friendly, log onto www.iseebeyond.ie to nominate. Examples of good practice in supporting employees with hidden disabilities include:

*Survey was conducted by Amárach Research from 7-11 December 2015 across a total of 1,000 participants in Ireland. It included quotas set on gender, age, social class and region to achieve a sample aligned with national population. 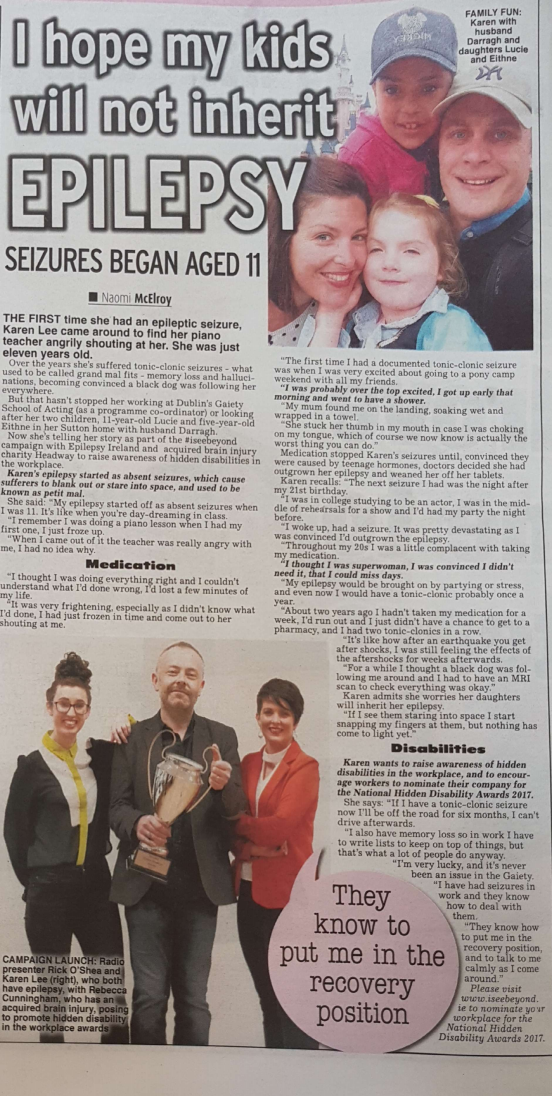 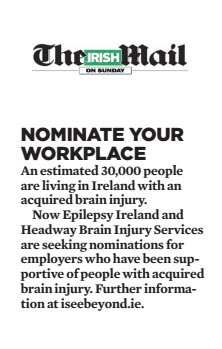 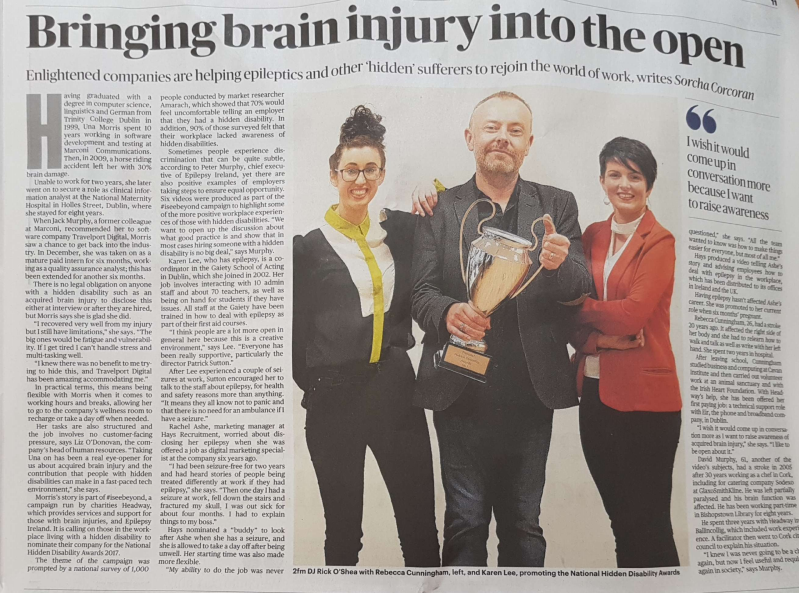