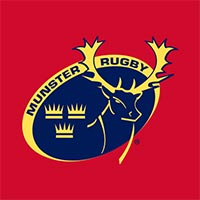 Munster Rugby has called on its players and supporters to weigh in behind one of their nominated charities, Headway, and to give support their #IseeBeyond campaign.

The campaign has been started with the aim of encouraging people to ‘see beyond’ what’s obvious, that people with hidden disabilities are often not comfortable in sharing their problems with others, and encouraging everyone to be more tolerant.

While their disabilities might not be visible at a glance, they are real and can make life very difficult for people at times at home, at work of just out and about in their daily lives.

The #IseeBeyond campaign is a joint initiative of Headway and Epilepsey Ireland, both of whom are national charities working to support people with two common types of hidden disabilities, acquired brain injury and epilepsy. To help grow the #IseeBeyond campaign, the two charities want to hear from other non-profit organisations with an interest in improving the understanding of hidden disability.

And supporters and players alike can help with that. Simply by showing their support on social media, by uploading their own personalised icon, everyone can lend their hand to the #IseeBeyond campaign.

Headway is lifeline to people across Ireland living with an acquired brain injury after a stroke, an accident or bleed in the brain. Founded in 1985, the group now provide a range of community-based rehabilitation services for people affected by brain injury.

This article regarding Munster Rugby’s involvement with #iseebeyond was originally posted on the Independent.ie and can be accessed here.