Derek Cummins is a handsome man in his 40s, a husband and a father who works hard as a committee member for a charity.
So it’s hard to believe that two and a half years ago he had a stroke that has completely altered his life.

Derek, 45, from Dublin, explained: “I do a bit of running and what actually happened was I couldn’t get my key in the door to get out and do my run.
“Within a few minutes I knew something wasn’t right and I actually tried to make myself a cup of coffee but I spilt it everywhere.
“I went to my wife and she realised there was a major problem.”

Derek’s wife Tracy asked him a few questions and then told him to lie down on their bed while she called an ambulance. 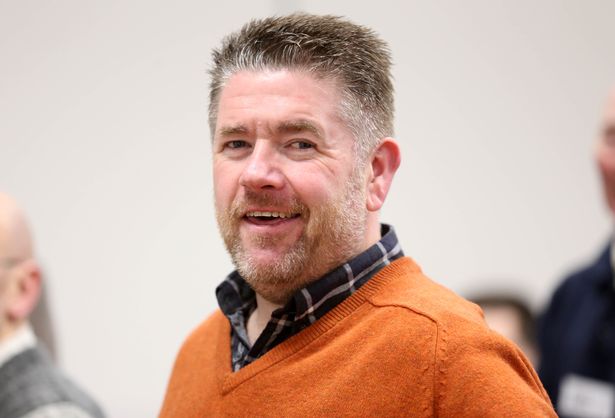 He said: “I don’t know how but Tracy knew it was a stroke.

“I physically looked OK and I didn’t have so many of the FAST symptoms.
“So I lay down on the bed – I felt so tired and I just let my wife look after everything after that.”

Derek’s memory of all the drama is a bit hazy but he ended up in hospital for over a month.
He said: “It was so strange how quickly the tiredness came in on top of me and I sort of remember the ambulance coming but not really.
“I was in Tallaght Hospital for about a month and I don’t remember that much about it.

“But I decided after two weeks I was going to have a shower.
“The only thing was I couldn’t remember all the different things I needed to have a shower – the soap, or how to shave or brush my teeth.
“I had to relearn everything and I felt so low about that as at that time I never thought I would get beyond it.” 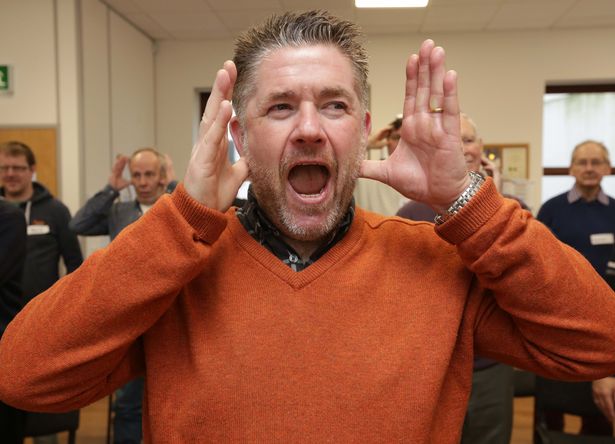 Derek’s speech was one of the main areas his stroke affected.

He said: “At that stage I couldn’t have a conversation and I couldn’t write which I found really hard because my whole life was about words and I was always talking.”
He was brought to the National Rehabilitation Hospital which helped with his recovery.
Unfortunately he had to give up his sales job but it wasn’t until a kind friend gave him a present that things really started to improve. 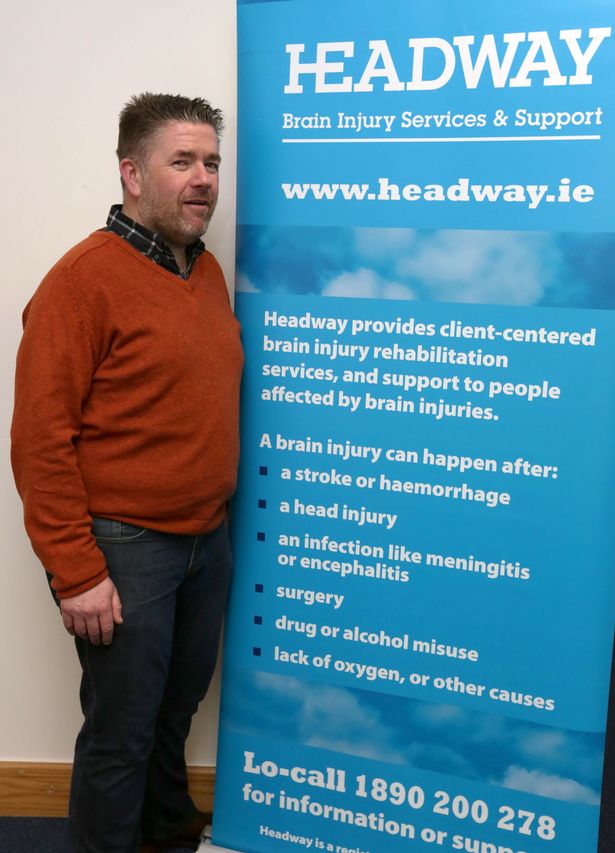 Derek said: “A great friend gave me a book for Christmas with just blank pages.
“I had always written bits of poetry and he told me it might help me get writing again.
“So I decided to do a little bit each day and try and move on and it helped me.”

Derek then got involved with a group in the brain injury charity Headway and ended up with some of his poetry getting published.
He said: “Headway gave me back my confidence and provided a place where I didn’t have to worry about how my speech sounded to others or feel embarrassed about what I was trying to do.”

With the newfound confidence he had, Derek rejoined his old charity crew The Laurels who raise money for Crumlin Children’s Hospital every year.
He’s on the committee and takes part in the cycles they do to help raise much-needed funds for sick children.

Derek said: “Last year we raised €120,000 and this year our plan is to raise €150,000.”
And Derek is now taking part in I See Beyond – a joint campaign between Epilepsy Ireland and Headway to promote positive attitudes towards people living with a hidden disability.

Hundreds of thousands of people across Ireland are affected by hidden disability.
Epilepsy and Acquired Brain Injury (ABI) are just two of many that the #iseebeyond campaign is setting out to highlight.|
There are around 30,000 people in Ireland living with an ABI and 37,000 people living with epilepsy.

Kieran Loughran of Headway said people living with a brain injury can seem physically fine but underneath can be living with extreme and often debilitating difficulties.
He added: “An acquired brain injury can be the result of a number of factors, including stroke, infection or a blow to the head but the message here is the effect of an ABI – it can change the life of an individual and their family.
“We want people to think twice and remind everybody that any human being in front of them may have unseen challenges in dealing with daily life despite their appearance. We can see from the research that most people are unaware of the challenges facing someone with brain injury.
“We want to reverse this lack of awareness for all disabilities that are classed as hidden.”

And Derek also wants other people who have suffered a stroke or brain injury to realise they still can have a full and enjoyable life.
He said: “I am excited to be taking part in this as I have found different routes of getting round my life.
“Even with the issues that I have had, I am still living well and doing new things.
“I want to show other people you’re not finished when something like this happens you – there are other ways you can move on.
“I still do have a voice and I can be heard – I might have to push a bit harder to do that but I don’t think anyone else should see me differently or feel sorry for me.”

Headway and Epilepsy Ireland have joined forces to raise awareness of hidden disability through a campaign entitled I See Beyond (#iseebeyond).
The six short videos depict real life scenarios to promote positive attitudes towards people living with a hidden disability. You can also contribute at www.iseebeyond.ie or via Facebook and Twitter.